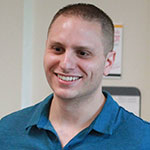 In my desire to create a better process for building and deploying at Zeek, I recently hit a road bump while trying to perform automatic visual regression testing immediately after deployment.

This is due to WP Engine’s full page cache.

Immediately after we deploy our changes, WP Engine’s cache is still showing the old files and has not yet been cleared/flushed/rebuilt. This means our visual acceptance test is testing our pre-deploy changes.

This is entirely unacceptable; this means that we won’t know if something is broken until an unknown, later date. In the world of deploying changes, you want to know immediately if the changes you’ve made had a negative impact, so you can do something about it while you’re around, not later when you’re out on a walk with your family.

Unfortunately WP Engine currently does not offer a programmatic (i.e. non-manual) solution to this issue.

And so I built one myself: WPE Cache Flush.

I began diving into the code that powers the WP Engine functionality on the site. What I found was the functionality that allows the purge cache button to work.

I then replicated that functionality in my own package and created a webhook listener.

And now we have a programmatic way to purge the WP Engine cache!

This is both a WordPress plugin as well as a composer package: WPE Cache Flush